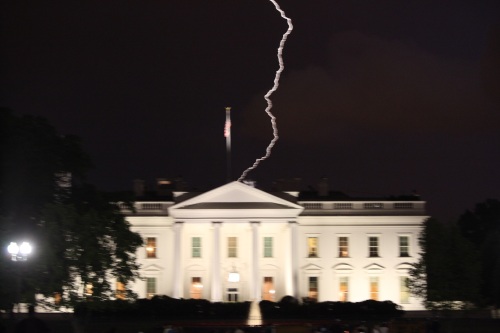 The scene last night at the White House

“The second angel poured out his vial into the sea, and it became blood as of a dead man. Every living thing in the sea died.”