The bill passed 220-215, with 39 Democrats voting no and one Republican, Rep. Joseph Cao (R-La.), voting in favor of the landmark bill.

In 2009 August Cao announced his intention to vote against the healthcare bill if it provided public funding for abortion.

Cao was one of only seven Republicans to vote in favor of the resolution of disapproval toward South Carolina representative Joe Wilson for his outburst against president Obama.

And when all is said and done, the bill needed 218 votes to pass so it passed by a measly 2 votes, one of which was this republican.  There is a new CNN poll that indicates that only 26 percent of Americans were in favor of the bill in its present form.  Good news – 2010 is just around the corner.

Buy a haunted house for Halloween

It seems that nearly every residence of a certain age in New Orleans comes with reports of ghosts and the Lafitte Guest House is no exception. The Bourbon Street boutique hotel is a three-story guest house with 14 restored guest rooms with private baths. HauntedHouses.com says the house is home to several spirits including the ghost of a little girl who died of yellow fever. 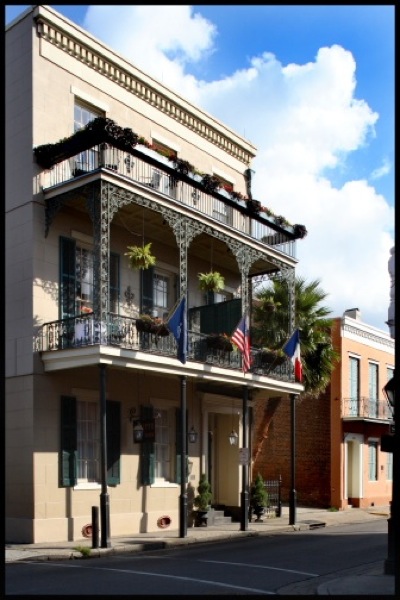 Lafitte’s Guest House can be found on the corner of Bourbon St. and St. Philip St., just half a block up from Lafitte’s Blacksmith Shop Pub and a few blocks from the bar action on Bourbon Street, in the residential area just north of the heart of the entertainment area of New Orleans.

Lafitte’s Guest House probably got its name for being so close to Lafitte’s Blacksmith Shop Pub. This restored mansion is described as an 1849, 3 storied French-style  luxury boutique hotel, with an attached wing on the back of the mansion.

A baby of one of the previous owners died here.

In Room 21, a little girl died of yellow fever.

Her mother never recovered emotionally, and died in the room some years later.

Entity of an infant –

Sounds of an infant crying are heard in the mansion.

She has appeared in the mirror that is found, outside of room 21.

She has appeared and talked with children who are guests of the hotel.

Unhappy entity of a woman –

Sounds of a woman’s sobbing  inside room 21 are heard by the living.

A feeling of sorrow and despair has been felt in room 21.

This female entity has communicated with a guest who stayed in room 21.

This female entity does enjoy walking around Lafitte’s Guest House, and will turn on and off lights.

It seems to be. There are many strong eye-witness experiences that have been reported for many years. Sometmes walls do talk.