Well, I never.  Girls crawl out of obama’s past.  Not sure I believe it.  Something does not ring true somehow. Alex and Genevieve?

Obama was six months out of Columbia when Genevieve Cook came along and engaged him in the deepest romantic relationship of his young life. She called him Bahr-ruck, with the accent on the first syllable, and a trill of the r’s. Not Bear-ick, as the Anglophile Kenyans pronounced it, and not Buh-rock, as he would later be called, but Bahr-ruck. She said that is how he pronounced it himself, at least when talking to her…..http://www.vanityfair.com/politics/2012/06/young-barack-obama-in-love-david-maraniss 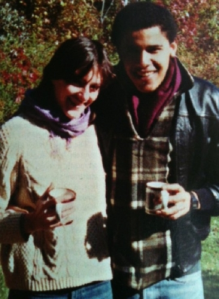 “She remembered how on Sundays Obama would lounge around, drinking coffee and solving the New York Times crossword puzzle, bare-chested, wearing a blue and white sarong.”  ( 🙂 )

Do you believe this?  Honestly?  Sounds like a cheap romance novel to me.  This is just a snippet, but the entire narrative sounds like that.

Interesting that all his friends were from PockySthan.  Hasan Chandoo, Wahid Hamid, Sohale Siddiqi, Beenu Mahmood.

I wonder what the strategy is, rolling this out at this time.

I don’t know, maybe it has something to do with this from the same period of time:

All things to all people, our Bahr-ruck.