Hypocrite Debbie Schultz blasts republicans not supporting GM bailout, but she does not drive American car

More hypocrisy from the left.  DNC Chair  Ms. Debbie Schultz recently reviled republicans as “women haters” and blasphemed by incorporating the 9th commandment to her own use by declaring, “Thou shalt not lie about a democrat” (you don’t have to lie – the truth is sufficient) also whined about republicans who voted against the GM bailout.  So worried she is about the auto industry in the USA, she does not drive an American car:

“If it were up to the candidates for president on the Republican side, we would be driving foreign cars; they would have let the auto industry in America go down the tubes,” she said at a  breakfast for reporters organized by The Christian Science Monitor.

But according to Florida motor vehicle records, the Wasserman Schultz household owns a 2010 Infiniti FX35, (16 mpg) a Japanese car whose parent company is Nissan, another Japanese company. The car appears to be hers, since its license plate includes her initials.

The new head of the DNC, Debbie Wasserman Schultz, (dim bulb democrat from Florida), recently said the GOP just hates women and then proceeded to quote or mis-quote the 9th commandment, “thou shalt not lie about a democrat.”  Now this is really funny.  I don’t know but I think I would be a little bit leery about invoking the holy scriptures while lying through my teeth.

The GOP has how many women in the running for president?  It just doesn’t quite fit in their false scenario, does it?  But, again, whatever the progs are blaming on others, they are guilty of themselves.  They hate Sarah Palin with red hot hatred, and also Michele Bachmann.  Wasserman-Schultz would give her right arm to be half way as important a figure as either one of those ladies .

I’ll bet Wasserman-Schultz is married to the infamous Ed Schultz.  If not, they should get together.  She accuses republicans of hating women and he calls republican women sluts.  These two are prime examples of the American left wing.

Story from the Daily Caller:

Before her latest political flub in which she called Republicans “anti-women” with an agenda equivalent to “a war on women,” new Democratic Party chair Rep. Debbie Wasserman Schultz managed to politicize one of the Ten Commandments. 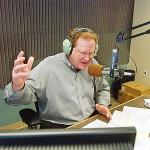