Roy Kronk is shown here making a statement back in December of 2008 after he found the body of Caylee Anthony. 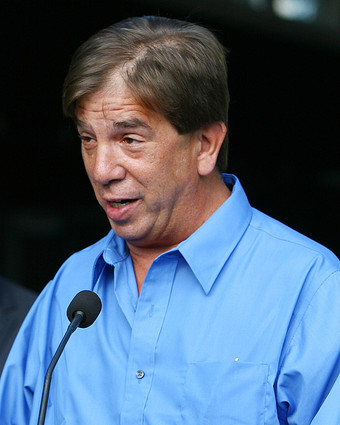 On Thursday, November 19, 2009, the defense attorneys for Casey Anthony questioned Kronk in a deposition held at the State Attorney’s Office in Orlando behind closed doors.  See the story in the Orlando Sentinel.

The defense and their investigators have also interviewed two of Kronk’s ex-wives and his son.  His ex-wives are not making him sound too good, but then I guess that’s how ex-wives can be.  The interesting part to me is that his son said Kronk called him before Thanksgiving telling him he had found the child’s body and to watch, he was going to be on tv.  It was not until December 11 or so that the body was actual found, but then he had called the police previously and did not get proper response.  As I remember though he had been out to that site at least four times.

Transcripts of interviews with Kronk’s two ex-wives, son, and a longtime live-in girlfriend’s daughter depict the former meter reader as an untrustworthy man willing to resort to violence. No police reports or other supporting documentation were provided.

Ex-wives Jill Kerley and Crystal Sparks said Kronk physically attacked them. Sparks said she called police, but could not remember if she sought a restraining order. Kerley said he used duct tape to hold her against her will.

“I don’t think he would know the truth if it hit him upside the head,” said Kerley, who was briefly married to Kronk in the early 1990s.

Kronk’s son Brandon Sparks said his father told him before Thanksgiving 2008 that he found Caylee Anthony‘s body and would be on television. Brandon Sparks shared the news with his wife.

“We both didn’t pay any mind, though. We both thought it was far-fetched,” Sparks said.

Casey Anthony, 23, is charged with first-degree murder in the death of daughter Caylee. The toddler was reported missing in July 2008.

I have thought there is something just not adding up about this guy from the moment I found out he had been out there to the spot so many times.  Plus because it’s odd that he was the only person able to find the body even though the area had already been searched by amateur and professional searchers.  That’s just my opinion, of course, but it is not surprising that the defense is now seizing on the opportunity to cast suspicion on him, because he is suspicious.

See another article and video of an ex-wife’s statement Here.

For some background on Roy Kronk, see previous post here and here.