Just going back and reviewing what I had written about this Columbia professor and Huffington Post contributor, David Epstein, when he was arrested for incest a few years ago. https://bellalu0.wordpress.com/2010/12/10/columbia-professor-arrested-for-incest/

I said back then to just wait for the defense that it was “consensual.”

See at the link below the comments of his attorney along those lines that she was not a victim but a participant, adding that it should be the same as homosexual activity, “what happens in the bedroom is nobody’s business.” and blah, blah.

And again I say, this is the height of evil, not just to sin but to then try to say it’s not even sin.

The original article says his daughter was 19 when he started having sex with her. And if anybody believes that they lived in the same house and suddenly on her 19th birthday he jumps up and has his first sexual contact with her, just give me a break. And I am sure it was mostly her fault,  as she had been burning with desire for the creepy freak most of her young life!

What’s kind of funny, this lawyer says something about how we have to figure out why some behavior is acceptable and some is not.  As if it hasn’t been figured out for a very long time that a man does not have sex with his own daughter.

Not much was ever reported about this though, as the corrupt media is too busy passing judgment on football players instead of college professors.  Not as though this college professor was completely unknown either.  He was quite high profile, blogging on Huffington Post railing against conservatives and appeared on CBS as an “analyst” (about as much an analyst as I am) talking about hypocrisy Of Others, of course, as he was having an “affair” with his blood daughter for three years.  So I can’t imagine why this would not have been big news, worth at least three weeks of intense coverage.

And here he is, the beloved professor who thinks there’s nothing wrong with sex with his own daughter, the smug bastard: 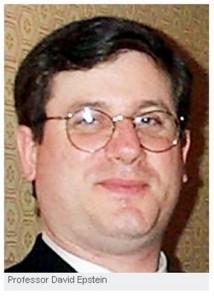 “On the job or retired, I never took a dime from anyone,” Dietl snapped. “I was not some corrupt cop.”

The allegation against Dietl, a fixture on cable TV, was one in a slew of accusations by Mafia turncoat John Alite, the prosecution’s key witness at the upcoming racketeering and murder trial of mob scion John “Junior” Gotti. 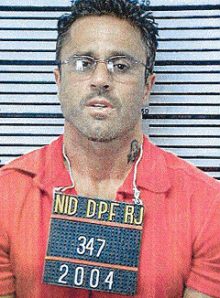 Alite claimed that Dietl took payoffs from Richie Gotti, brother of the late “Dapper Don” John Gotti, in exchange for information about cases and the identities of informants. (Dietl is among a list of 11 cops fingered by Alite.)

To which Bo Dietl replies: