Federal District Court Judge for the Northern District of Florida Roger Vinson rules Obamacare is unconstitutional and in favor of the 26 states that sued to block it.  Our great new Attorney General, Pam Bondi, passionately represented the State of Florida.  (She just said on Greta that there are two other states, Virginia and Oklahoma, who had separate lawsuits, making a total of 28 states suing.) 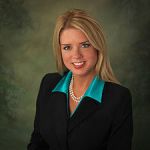 I believe he is saying the entire law is unconstitutional.  I am looking for more on his wording.

Bio:  On the recommendation of U.S. Senator Paula Hawkins, Vinson was nominated by President Ronald Reagan on September 9, 1983 to a seat vacated by Lynn Higby as Higby assumed senior status. Vinson was confirmed by the U.S. Senate on October 4, 1983 on a senate vote and received commission on October 5, 1983. Vinson served as the chief judge from 1997 to 2004 before later assuming senior status on March 31, 2005.

“In closing, I will simply observe, once again, that my conclusion in this case is based on an application of the Commerce Clause law as it exists pursuant to the Supreme Court’s current interpretation and definition. Only the Supreme Court (or a Constitutional amendment) can expand that.

In accordance with Rule 57 of the Federal Rules of Civil Procedure and Title 28, United States Code, Section 2201(a), a Declaratory Judgment shall be entered separately, declaring “The Patient Protection and Affordable Care Act” unconstitutional.

UPDATE:  Even though the Court declined to enter an injunction, his ruling does, in fact, enjoin the government from further implementing Obamacare:

“It is even more so when the party to be enjoined is the
federal government, for there is a long-standing presumption “that officials of the Executive Branch will adhere to the law as declared by the court. As a result, the declaratory judgment is the functional equivalent of an injunction.”

(“Declaratory judgment is, in a context such as this where federal officers are defendants, the practical equivalent of specific relief such as an injunction . . .since it must be presumed that federal officers will adhere to the law as declared by the court”)

“There is no reason to conclude that this presumption should not apply here. Thus, the award of declaratory relief is adequate and separate injunctive relief is not necessary.”

His ruling declaring the law unconstitutional is a defacto injunction.  (This is according to Mark Levin and I believe he is right about this.  It’s pretty clear that’s how it reads.)  The judge struck down the entire law so there is no law to implement.  We’ll see.