Myths and lies about the tea party movement disproved in the 2010 primaries:

I am sure there are many more derogatory and dismissive things said about the Tea Party which is not a party, per se.

I don’t think they are laughing too hard today about these “teabaggers.”

Both Obama and Biden have called Mike Castle to offer their condolences on his loss. I think this has really messed up some plans somewhere.  Castle still has not called Christine O’Donnell to congratulate her.  This just proves O’Donnell was the right choice.

And I read something written by what seems to me to be a “concern troll” so worried about republicans being embarrassed by some things Carl Paladina , tea party winner from NY (72% to 28%, I love that part), has said or joked about or emailed or something.

Well, here’s a message.  The tea party voters, and frankly most of the American people, republicans, whoever,  are not interested  in these trivial things, so don’t waste your time digging them out.  We are thinking about our country.

There were tea party victories in Delaware, New York, Utah, Kentucky, Nevada, Alaska…..there are more.  I’m trying to get a list.

So just who are these people?  We are the AMERICAN VOTERS. 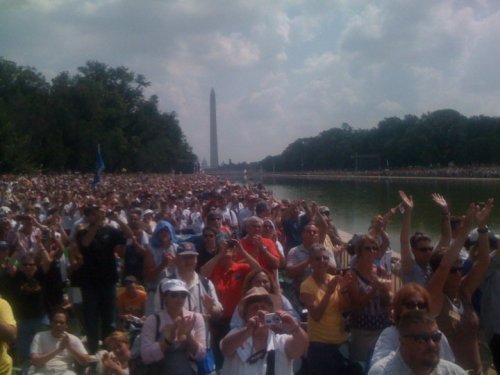 2 responses to “Tea Party myths that died in 2010 primaries”