AS THE US economy endures high unemployment and a jittery stock market, President Barack Obama has preached sacrifice and fiscal discipline. But the pictures coming out of a sun-splashed Spanish resort may be sending a different message.

First lady Michelle Obama is in the midst of a five-day trip to a luxury resort along with a handful of friends, her younger daughter, aides and Secret Service. Her office said the Obamas would pay for personal expenses, but would not reveal the taxpayer cost for the government employees. 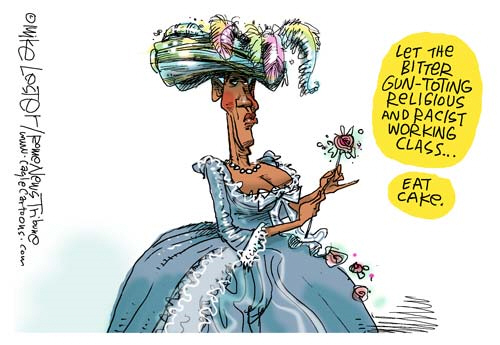 Mrs Obama is staying at the Hotel Villa Padierna, a Ritz-Carlton resort outside Marbella. It has two golf courses, a spa with Turkish baths, views of the Mediterranean and a restaurant specialising in avant-garde fare. Room rates start at $400 and rise to $6500 for a two-bedroom villa. Mrs Obama flew in on a type of aircraft used by Vice-President Joe Biden. It costs the government $11,555 an hour to operate the plane, according to the air force. Assuming a nearly eight-hour flight to nearby Malaga, the total round-trip cost of the flight is about $178,000.

Back in Chicago, President Obama dines with friends, including Oprah,  at a River North restaurant in celebration of his 49th birthday.

He once counseled that families saving money for college should not “blow a bunch of cash in Vegas.”  As a candidate, he promised that “When I’m president,  I’ll do what you do in your own family budgets. You got to tighten your belt. You make sure you’re spending money wisely. The government needs to do the same thing.”

How far would you go to save a buck in today’s tumultuous economy? People are finding more ways than ever before to scrimp and save.

Read on as expert penny pinchers detail six bold ways to cut costs — and in some cases, generate a little revenue — during tough economic times. Are you extreme enough to give them a try?

One response to “Let the good times roll”