As President Barack Obama flies Monday to Chicago for a midday speech on health-care reform, the round trip on Air Force One will run about $236,000, according to government estimates of the operating costs for one of the top symbols, and perks, of the presidency.

But that does not include such expenses as Secret Service protection, motorcades and helicopter transports.

My goodness. He just got back from a town hall in Wisconsin.  Can’t he just make a speech in Washington? 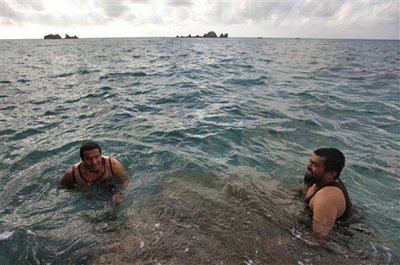 More pictures and an account of their first weekend of freedom