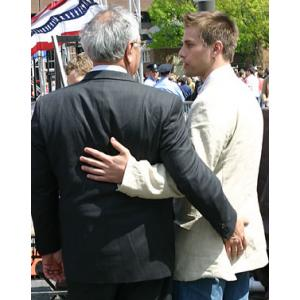 Double Standard: a rule or principle applied more strictly to some people than to others

Rep. Barney Frank is among the first Democrats to publicly say Alaska Gov. Sarah Palin’s family background, including the pregnancy of her unwed teenage daughter, should be fair game for campaign discussion.

MSNBC’s Chris Matthews launched several vitriolic attacks on the Republican Party on his Sept. 17, 2008, show, suggesting blame for Wall Street problems should be focused in a partisan way. However, he and other media have failed to thoroughly examine the Democratic side of the blame game.

The July 3, 1998, Reliable Source column in The Washington Post reported Frank, who is openly gay, had a relationship with Herb Moses, an executive for the now-government controlled Fannie Mae. The column revealed the two had split up at the time but also said Frank was referring to Moses as his “spouse.”

While the relationship reportedly ended 10 years ago, Frank was serving on the House Banking Committee the entire 10 years they were together. The committee is the primary House body which along with the Office of Federal Housing Enterprise Oversight (OFHEO) has jurisdiction over the government-sponsored enterprises.

Moses was the assistant director for product initiatives at Fannie Mae and had been at the forefront of relaxing lending restrictions at the company for rural customers, according to the Feb. 23, 1998, issue of National Mortgage News (NMN).

Now Franks’ motives have become clearer. Fannie Mae donated $40,000 in campaign contributions to Congressman Frank. Additionally, the executive at Fannie Mae, Herb Moses, was romatically involved with Congressman Barney Frank. Herb Moses is the man who put together these bogus mortgages. Herb Moses received big bonuses for these mortgage products. Herb Moses took the money from these bonuses home to Mama. Congressman Frank referred to Herb Moses as his husband, as reported in the Washington Post and Business and Media. The Boston Globe also has carried the story. Television outlets, long thought to be in the tank for the Democrats have not reported it.
Congressman Frank is openly gay, since being exposed for having a male prostitution business run out of his Capitol Hill home.