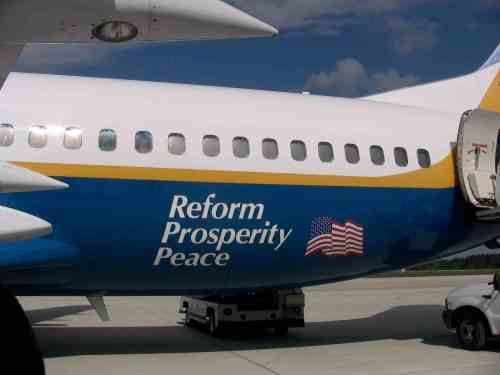 Wow, there it is!  And you can even see it if you can find a magnifying glass. Per my research, registration number and country of origin is required by international law

And  I can’t leave out my favorite — on the interior of the plane,  his chair embroidered with “Obama ’08 – President” 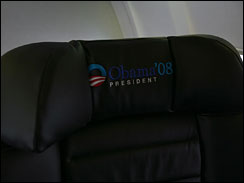 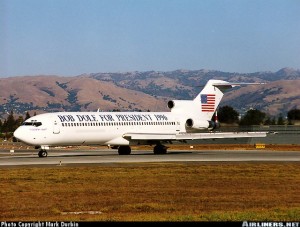 Now, it just seems to me that Senator Obama has a problem with the American flag.  The evidence just keeps piling up, but you be the judge.

http://www.youtube.com/watch?v=N8QCkgg5Kjo&feature=related  (Now, if they all had their hands over their ears, I might understand it.)